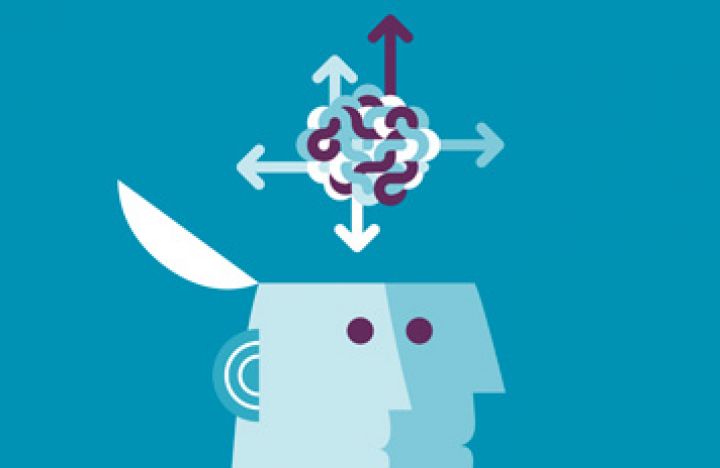 A person wants to study an MBA but he is working so he can’t afford to leave a job. He has to either quit job or forget MBA (Traditional Thinking). Person decides to join a part time MBA or distance learning program (Integrative Thinking) so that he doesn’t have to lose his job and he can learn MBA too.

Integrative thinking is a decision making process in which an individual balances tensions between opposing variables.

Brief: Lee-Chin was born of bi racial parents – Jamaican and Chinese. Lee-Chin had seen very hard times in childhood and he was an eldest son among nine brother and sister. Lee-Chin moved to Canada to attend McMaster University. He worked in many odd jobs after graduation like tele-caller, tele-executive etc.

In 1983, he borrowed $400,000 and invested in stock market and he bought AIC Limited, a tiny investment advisory firm in 1987. He followed Warrent Buffet‘s approach to hold ten, twenty stocks forever.

In 1999, AIC Limited owned assets worth $600,000. In the same year IT revolution took place into US‘ stock market and traditional stock market shifted to “tech stock”.

AIC Limited lost many customers and started losing many reputed clients because AIC Limited was operating on technology-less i.e. paper-based system. Company was going through serious losses and the stock price was also decreasing day by day.

Lee-Chin had to think about the future of AIC Limited and many people suggested him to sell AIC Limited but he didn’t want to. A traditional thinker must have sold it but Lee-Chin belived in technological changes happening around him wanted to resolve it through integrative thinking.

Lee-Chin had to choose:

or Stick to the strategy “buy, hold and prosper“? Hold this strategy.

He didn’t want to sell stocks to fund redemptions, but with the balance left with AIC, along with whatever he could borrow from banks, he invested in a grand old financial stock of Mackenzie Financial Corporation in his portfolio which he and his staff knew well. He transformed paper-based stock trading into paperless stock trading system. As a result stock price jumped from $15 to $18 over night.

In April 2003, AIC sold Mackenzie at #30 per share made $400 million handsome returns from it. In this way Lee-Chin had made is company profitable by integrative thinking.

We all have the integrative thinking but we don’t use it in our personal and professional life due to time constrain.

How Integrative Thinking Helps You to Become a Leader?